Nowadays lots of people are coming up with new base designs to get a good amount of points in cups. Today, I’m going to show you the best th6 trophy base I’ve seen recently on my journey through splash damage’s chat and explain how they work.

This one is pretty common nowadays. I guess it’s based on the previously popular base with a similar core design, but the difference is that there are 2 compartments. One for gold and one for elixir (easily seen in image).

It is pretty effective actually, because while enemy troops go to split up their attack between these two storages, they would get distracted from the gold storage, which is in the core and protected by a ton of walls. 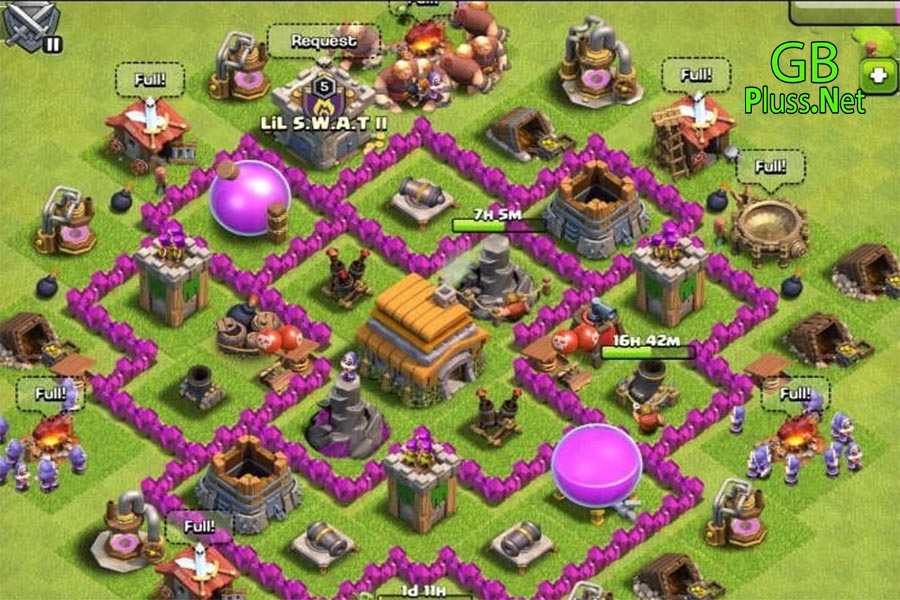 This one also looks very familiar to me because it’s basically just an Upgraded base with another layer of walls around the core area. The idea here is that while troops are distracted by the other storages (3 storages is the key), they wouldn’t be able to kill core Dragons in time. 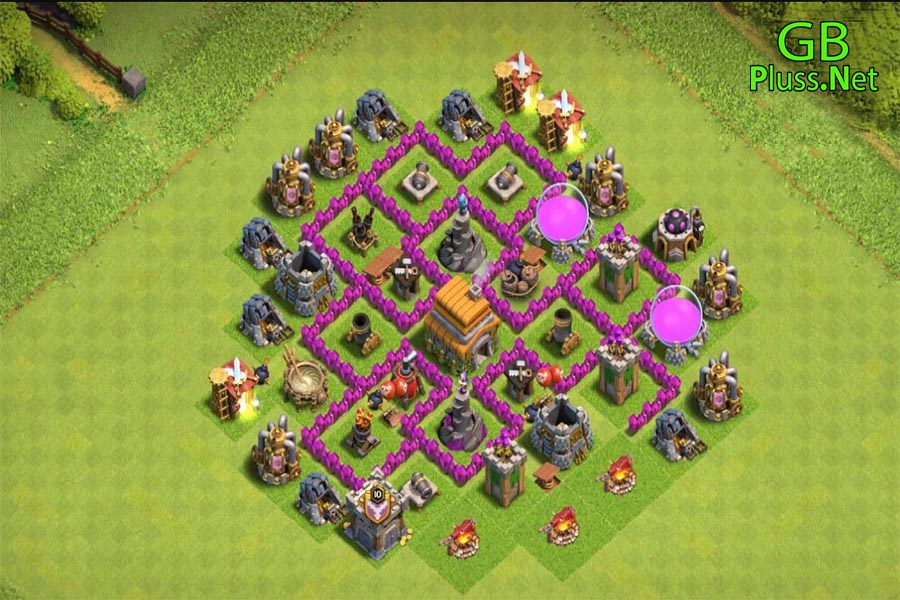 While this base is pretty solid, I feel like there is room for improvement. First of all the cannon coverage isn’t great, and second if troops manage to funnel through one compartment (in this case minions go around western storage), they can easily take out core defenses. 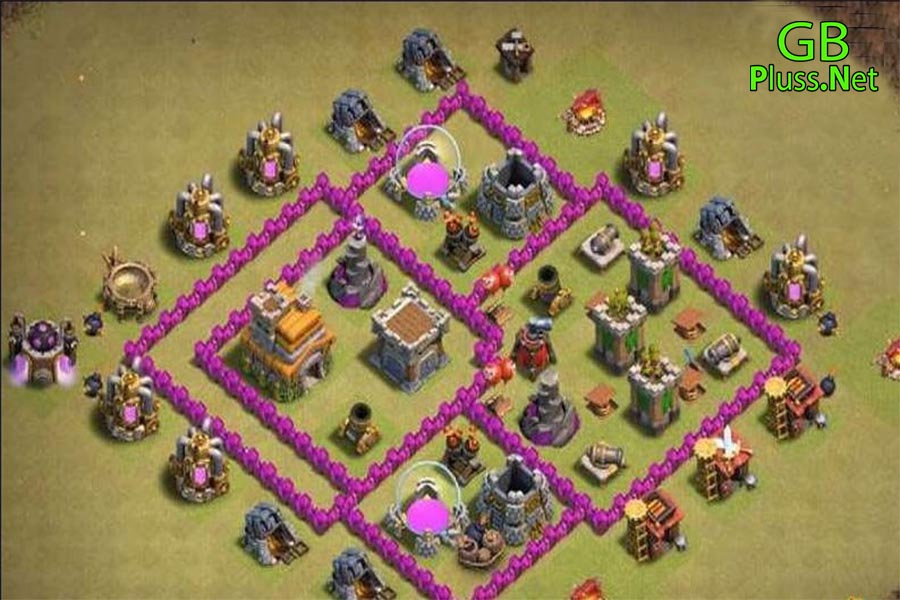 This one is interesting, because the idea here is quite original and works pretty well. Let’s break it down: There are 3 storages to distract troops; those storages are placed in such a way that troops would split up as much as possible. There are 2 compartments inside the core to split up popular troops like bowlers or giants. 4 splash damage defenses (cannons, archer towers and wizard towers) kill minions/goblins in a hurry so Hogs can get in uninhibited. 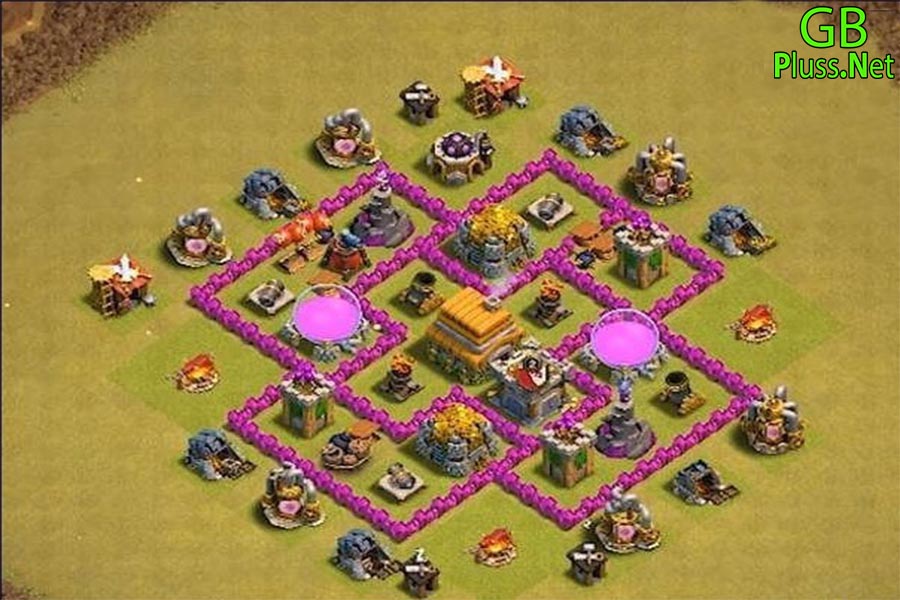 This base is also very effective in my opinion, but I would give up one of the storages (I guess it’s the bottom one) and make a compartment with high HP buildings like archer towers or wizard towers to take out giants.

The idea is pretty simple: while troops on the outside take on the elixir storage and kill them easily, Dragons would take on the storages (which are decently defended by splash damage defenses) on the inside, while they’re also distracted by teslas. 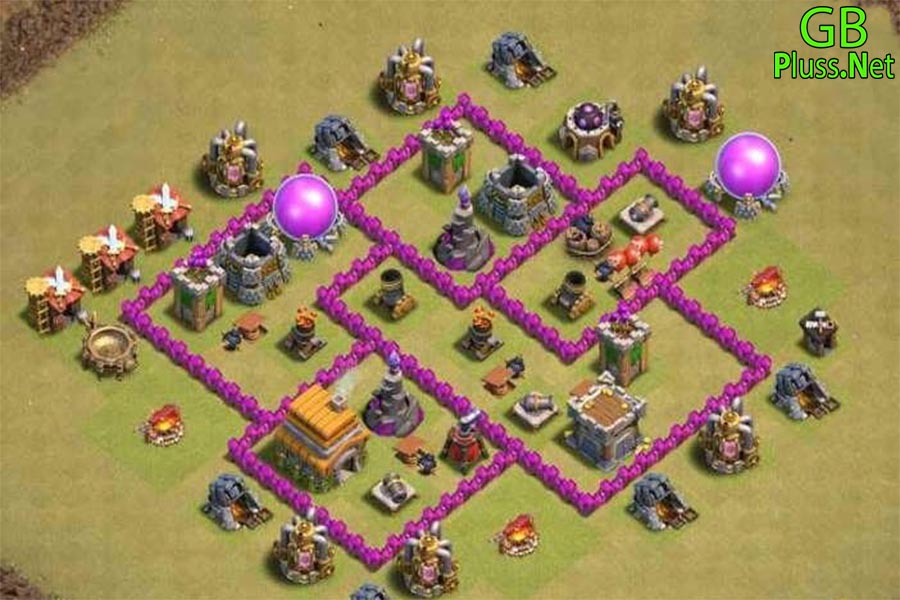 Trophy Base TH6 Anti Everything

This one isn’t that new actually, but I think it deserves some more testing. The idea is that there are 3 compartments with very few storages to distract troops, and high HP splash damage defenses to quickly kill minions/goblins which will be attracted by the 3 storages placed on the outside.

The core is protected by a layer of walls and traps, and then there is a ring of Tesla+archers that will take out giants/bowlers trying to get in range of your town hall. 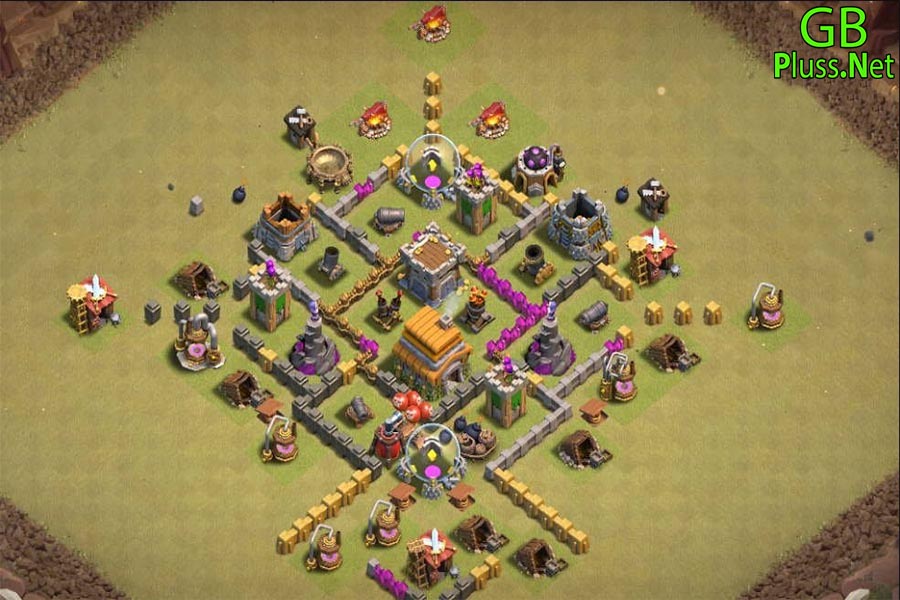 I personally don’t like this base as much as the rest because it doesn’t protect well against maxed troops, and if you fail to lure, troops would be able to destroy both core storages and take out the coc base layouts easily.

What do you guys think? Do any of these bases trigger your imagination? Which one is your favourite? Have you tried any of these yourself? I’d love to hear your thoughts. 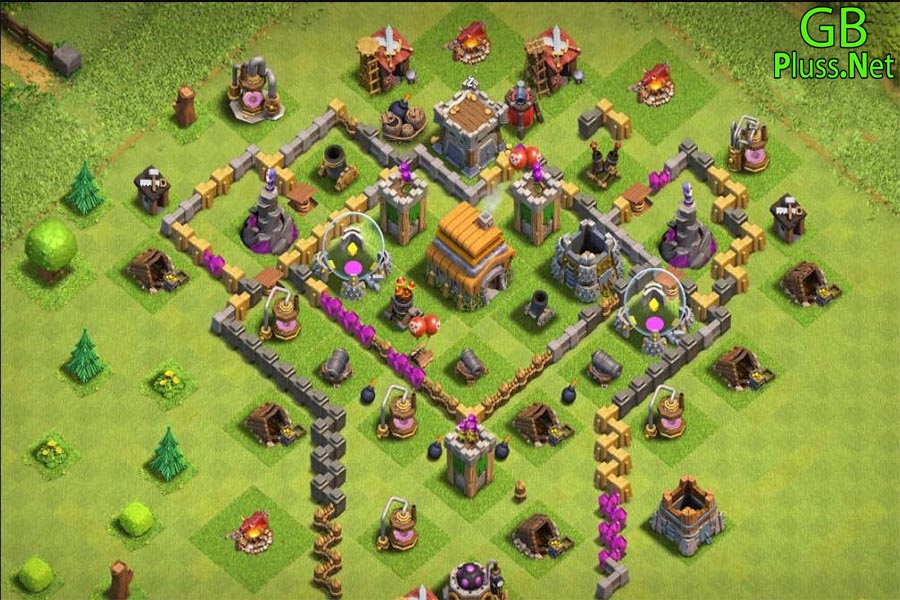