Builder hall 8 base is, simply put, the best type of base you can build in Clash of Clans 2022. They protect your storages while keeping all of your trophies up to date with good farming.

The basics of these bases are really simple:

Three layers of walls protecting everything except the builder halls and resource collectors, which are surrounded by air defenses.

Max set of walls (you can’t upgrade them anymore).

if you want to “spice” things up, here’s an example of what you could do at Builder Hall 8 bases:
It’s not only the layout that makes these bases great, but the order of buildings that also affects the efficiency of the base.

The gist is to put your defenses in a way that makes it hard for attackers to know which side their army will be attacked from, and then funnel them into a direction where they’ll have a hard time going anywhere else but where you want them to go.

For example, if you place your air defenses like in the image above, then it’ll be hard for them to know which side their army will be attacked from (left or right) when they’re targeting the BH. 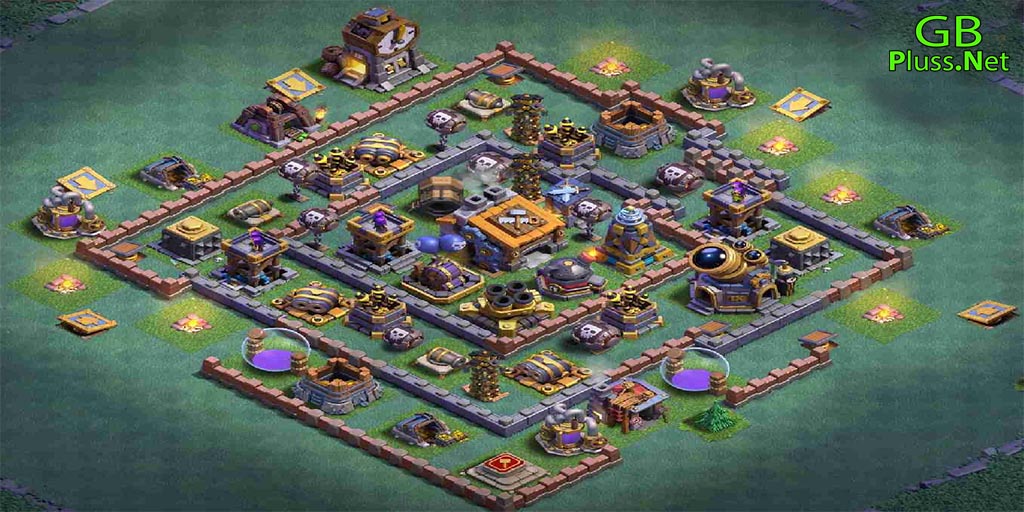 After all, you could attack either air defense with ground troops and take out that side’s elixir storage before stealing some loot, but this is a less popular method as it is time consuming and you don’t really get to loot that much.

The next part of the base consists of the mines (I like mini mines and mega mines) and defense towers. I’m sure we all know what these do by now, so let’s not dwell on this too long.

What’s important here is how the troops work together with the rest of the base. 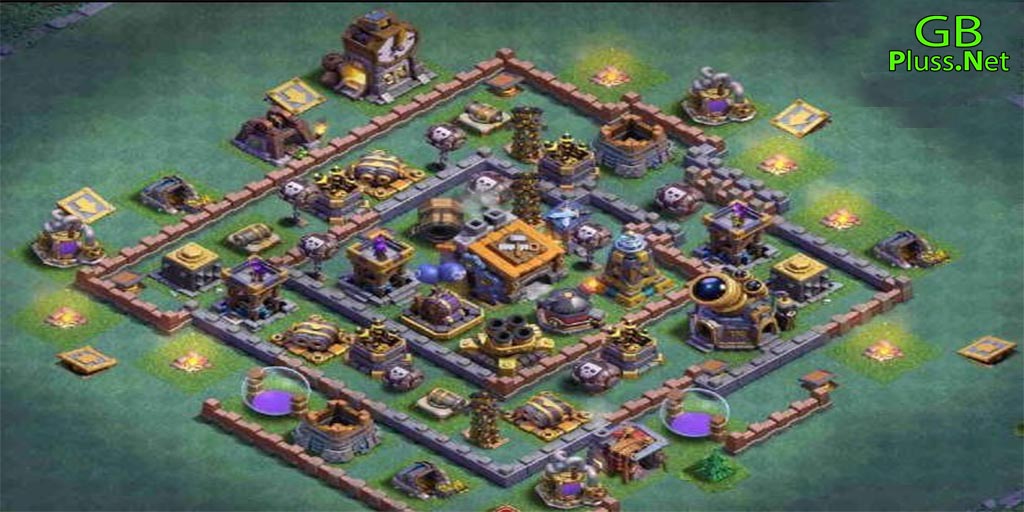 Clash of Clans Builder Base 8 Design

When you place them so they can cover each other, and so they cover as much area as possible, you’re creating a sort of “kill zone” for your opponents where their army will be slaughtered.

Another thing to note is that these bases tend to have this special compartment at the lower left side, which I’m going to call the “funnel”.

This is where you want to drag your opponent’s troops so they keep focusing on this point while being shot by hidden tesla and other defense units. 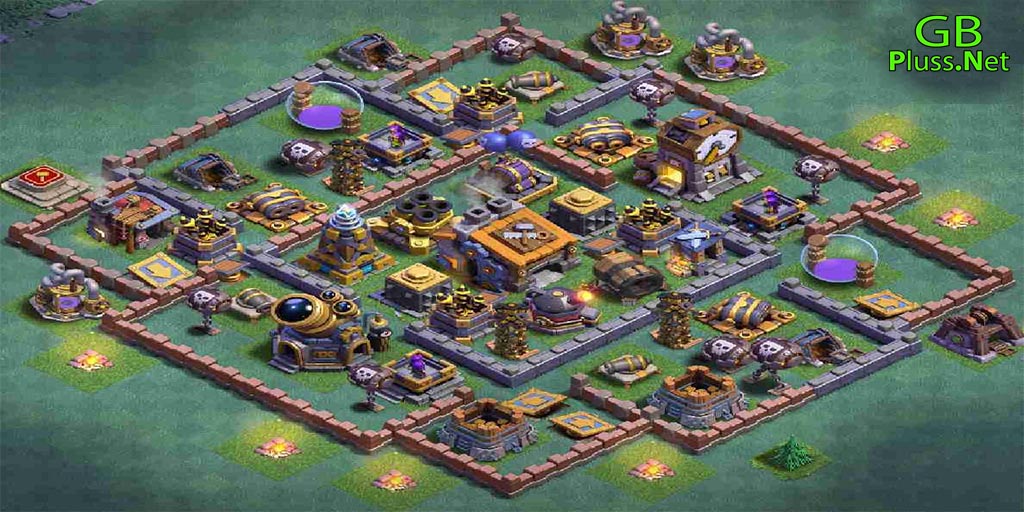 The funnel in my BH8 example looks like this:

Let me explain why it is that way in a little more detail:

The two archer towers in the back will drag and kill most boxer giants that decide to attack from that point.
The Air defenses are in between for a very specific reason: to kill dragons. Let’s say you put them at the edge of this compartment so they cover it entirely, but then you’ll find out your opponent just sends his mini dragons from the opposite side of where your main buildings are and they get through safely. Placing them in the middle, however, will result in both, killing any goblin trying to mine on that side. 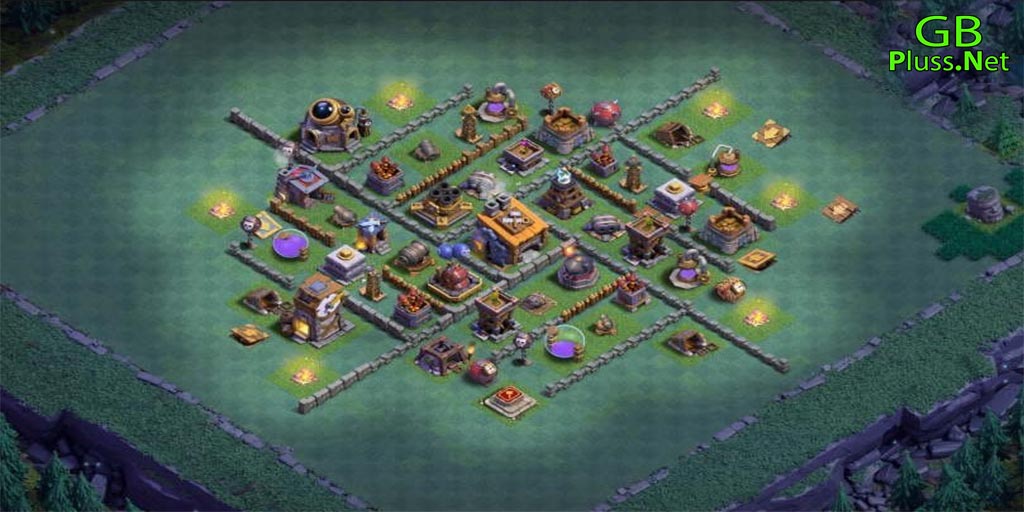 The walls look like they’re not there at all (deployed like this: hold SHIFT and click on a wall piece), which makes it very hard for troops to go around and attack from opposite directions.

The southern compartment is protected by the same idea as the funnel: the two air defenses will kill any troops that come from this side, supported by the main tower. This way your builder base will be safe because all of those troops’ attacks will be focused on this compartment. 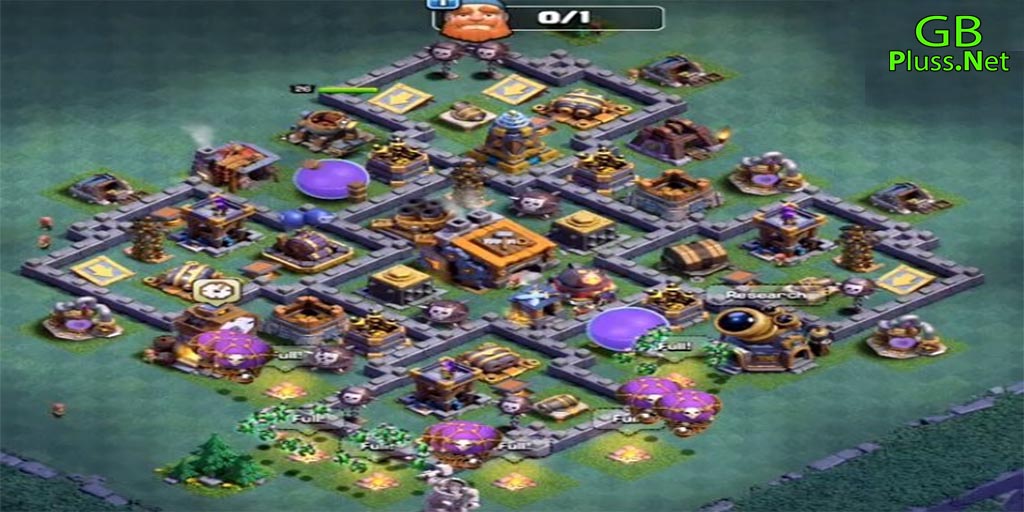 Anti Everything Builder Base 8

At this point, if you dropped your trophies in an attempt to protect your gold and elixir (which I really don’t recommend) then you might want to get them back up again because that’s the only way for you to progress in Clash of Clans.

The best thing you can do is find an active clan that allows you to go up in league by donating troops, but even this is not very effective because you need a lot of time to catch up with other players. 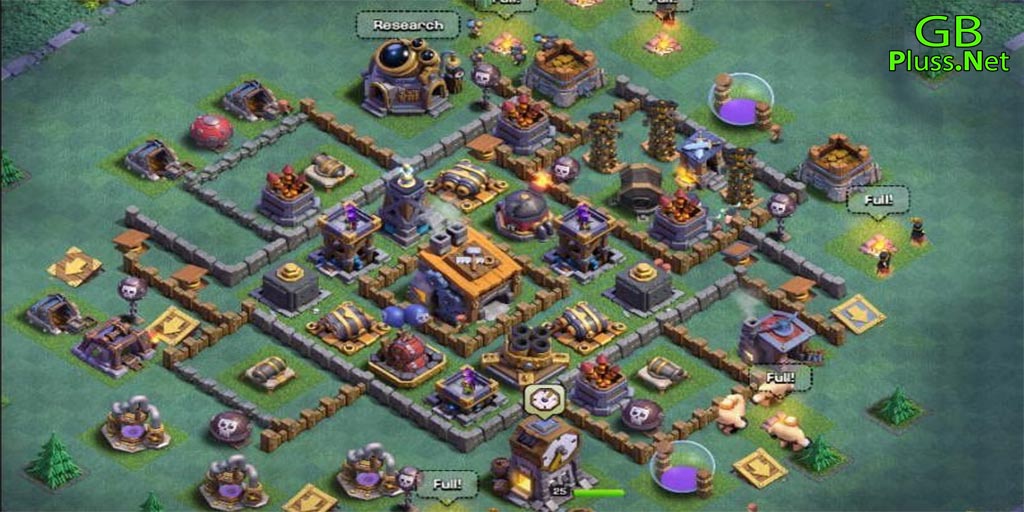 The best thing would be to make some sort of defense simulator account and test new layouts against your current one or try new army compositions. This way you can learn how different attacks work and what you could do in this or that situation.

I know, I know… it sounds like a lot of work but believe me when I say you’ll get much better results in much less time if you act like that rather than just taking the “easy” road which is to buy these gems. 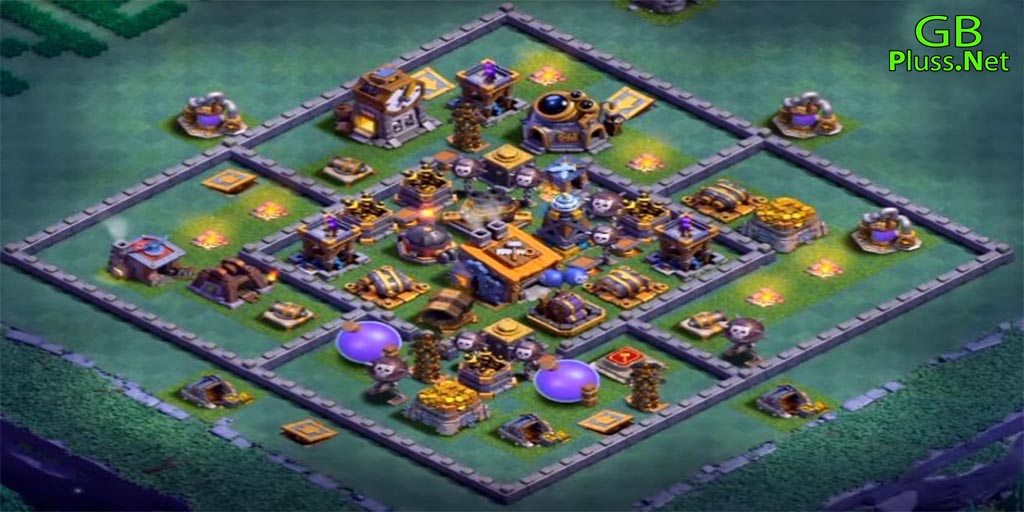