This is my latest guide on th11 war base layout. I know there are plenty of guides currently written, but I will try to deliver something new and hopefully helpful with the upcoming revamp (th11).

I recently started playing TH11 after a long time. My previous accounts were both th10 successfully pushed to champs. I thought this was going to be a piece of cake, but after reaching th11 and playing for the last month, I realized how powerful this new update has been. 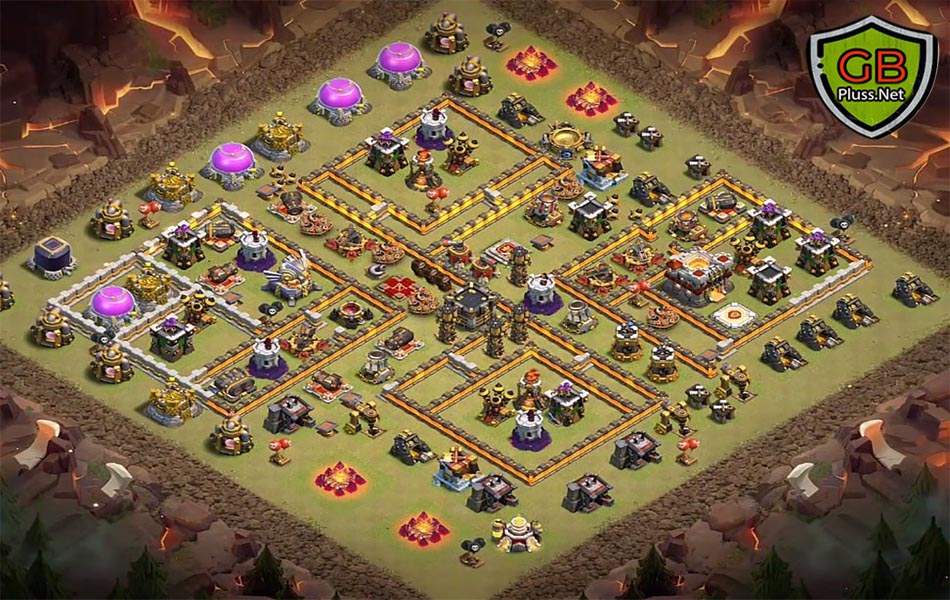 TH11 War Base Anti Everything

This guide will cover all th11 war bases currently used by our team playing the game. The main objective of these layouts is to build your base with no holes in war while being able to defend all 3 star attacks. There are plenty of designs available, but I believe you should choose bases which can work well with your move-out strategy.

This article will also include the best non-war base for th11 that will allow you to farm/protect loot effectively.
Any feedback is welcome! Now let’s talk about the bases.

The whole top lane is protected by the xbow and inferno towers, while double giant bombs support this defense on both sides. The air sweeper makes it easy to control an incoming heal/rage spell or hound signature move against dragons.

Another strong point of this base is that most of the exterior buildings are placed in a way which make them hard to reach when attacking with hounds. 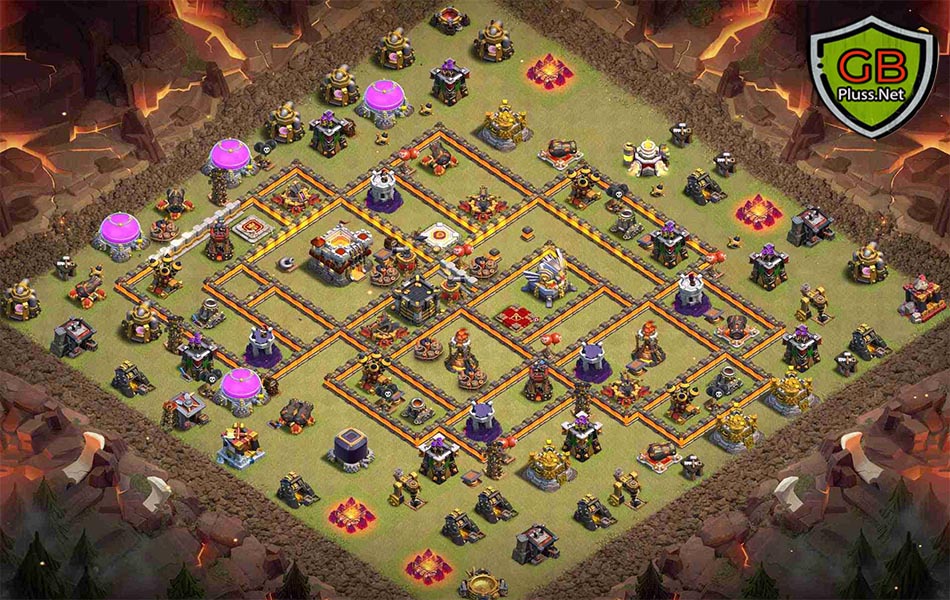 The double giant bombs on both sides will make giants go through very tough pathing, while inferno towers will stop any hog or giant pathing on the outside. The xbows (one inferno and one regular) will make many inexperienced players switch to bowlers, while they should definitely go for the air sweeper if they plan to use hounds. 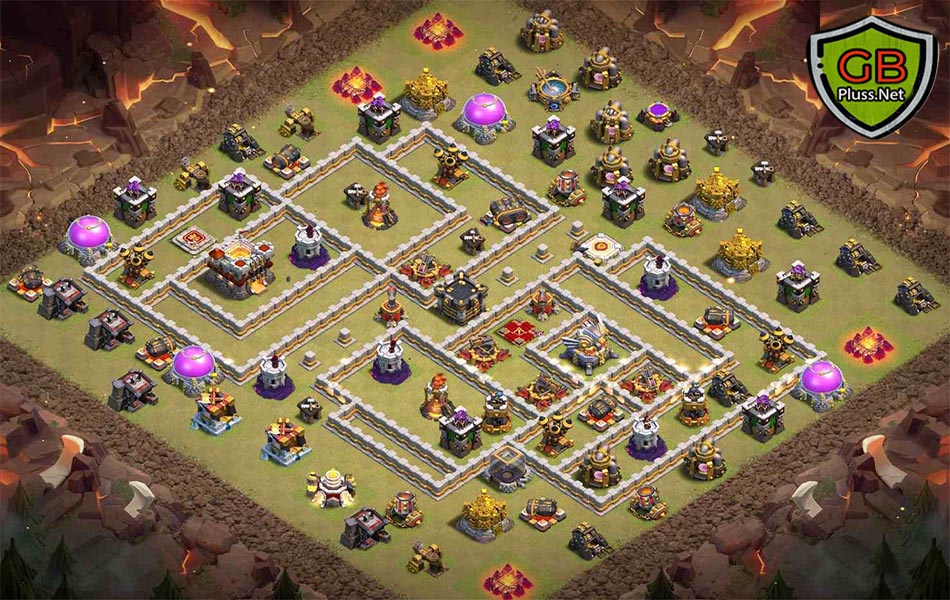 TH11 War Base without Eagle Artillery

The good point about this base is that every building has a place where it can’t be reached unless you have a jump spell or a balloon. The double giant bombs in the core will make any tanking strategy not work against this base.

As you can see, I have switched from anti-hog to anti-giant/hog this war season due to bowlers being so popular and powerful nowadays. I hope more of you guys switch to a different attacking strategy if you haven’t done so already. 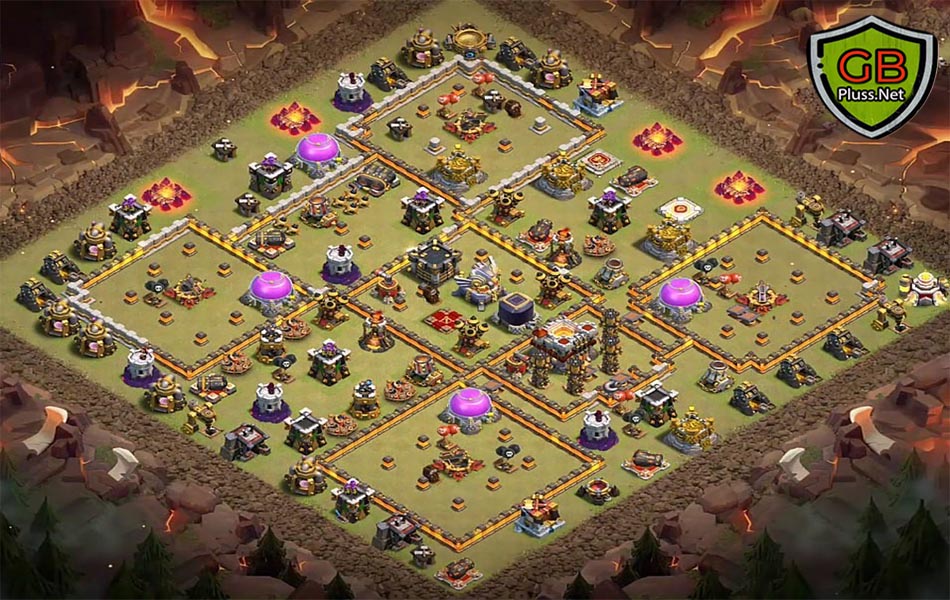 This is something different than what I have written so far. This base has all the important compartments well protected by defense buildings. The double giant bombs on both sides should be enough to keep any hound attack away, while the air sweeper will support that defense. Upgrading as always is the same as other clash of clans base layout. 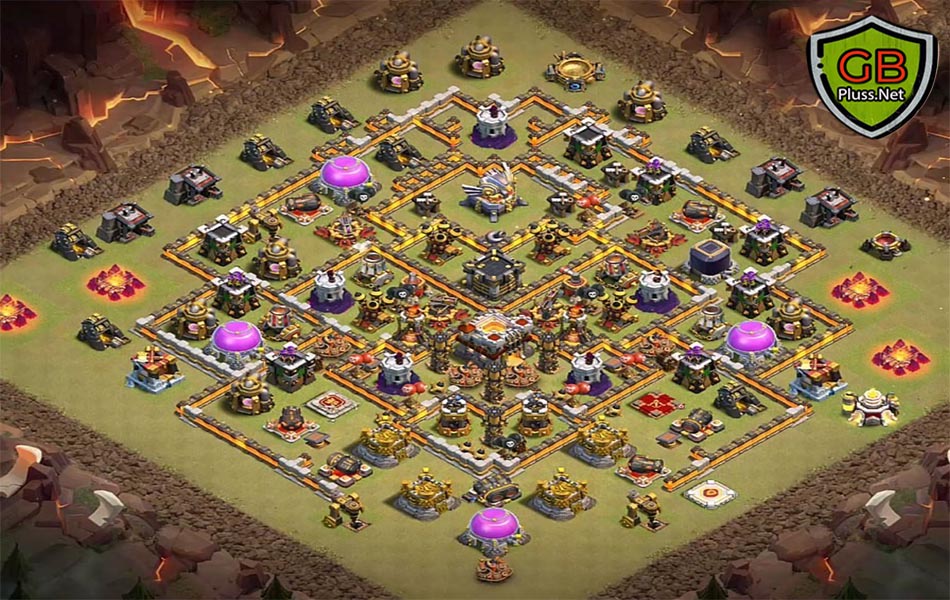 The xbows are placed in a way where they cover the top side of the base, but not being an obstacle on your attack. The inferno towers and wizard towers don’t cover much at all, but placing them there means you will always notice when someone is attacking from that position.

As you can see, this is the only base I have chosen to recommend for trophy pushing. You shouldn’t use your war base when you are farming or protecting trophies. 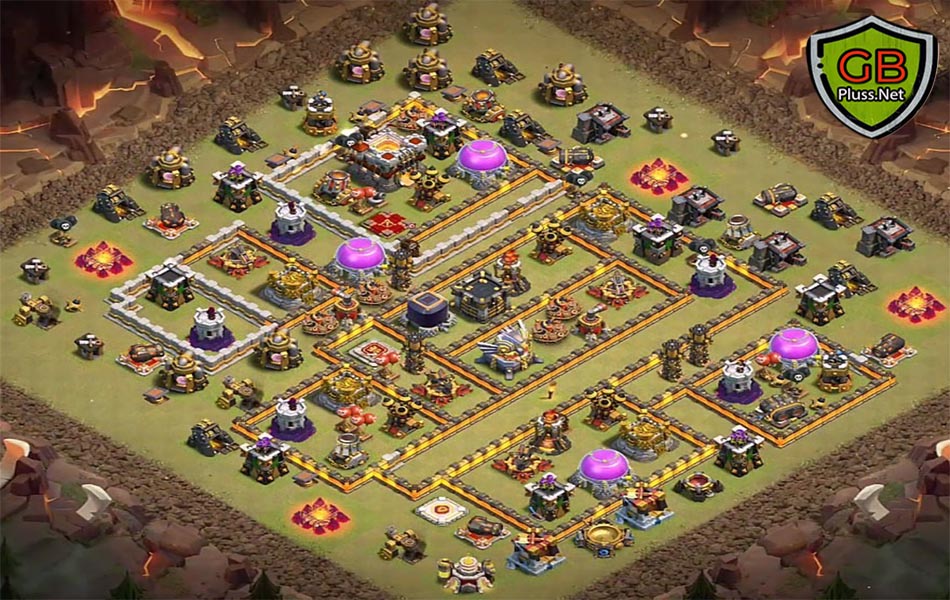 The wizard tower will help you stay aware of possible attacks through the top or bottom side of the base, while an air sweeper is also a good choice to have if you want to protect your trophies from being stolen. 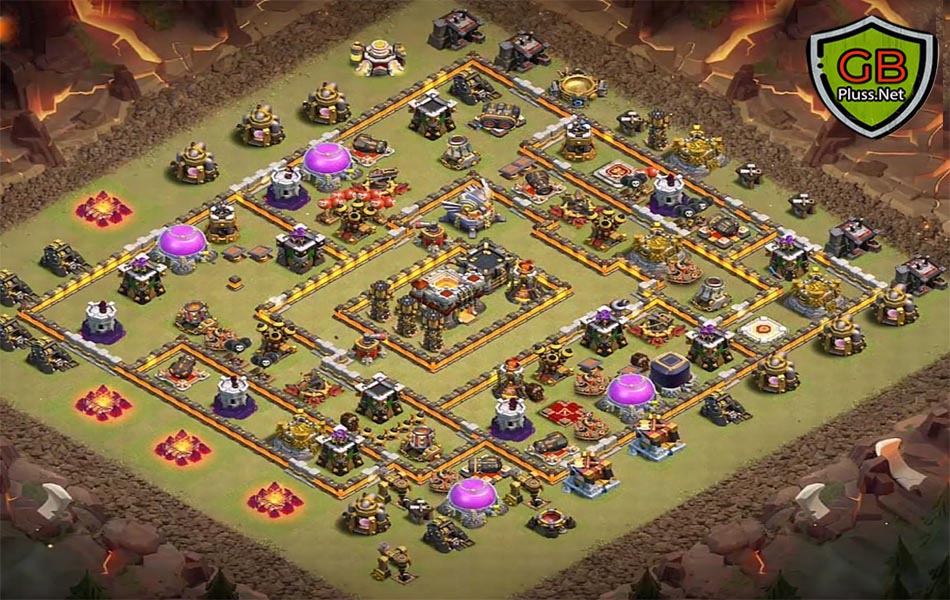 As I have mentioned earlier, the type of base you choose will depend on what your clan decides to use as an attacking strategy. You must remember that war bases are always changing according to the most used methods. That’s why I will show you two examples of how to use my favorite war base for th11, but you should modify it to your current clan strategy. 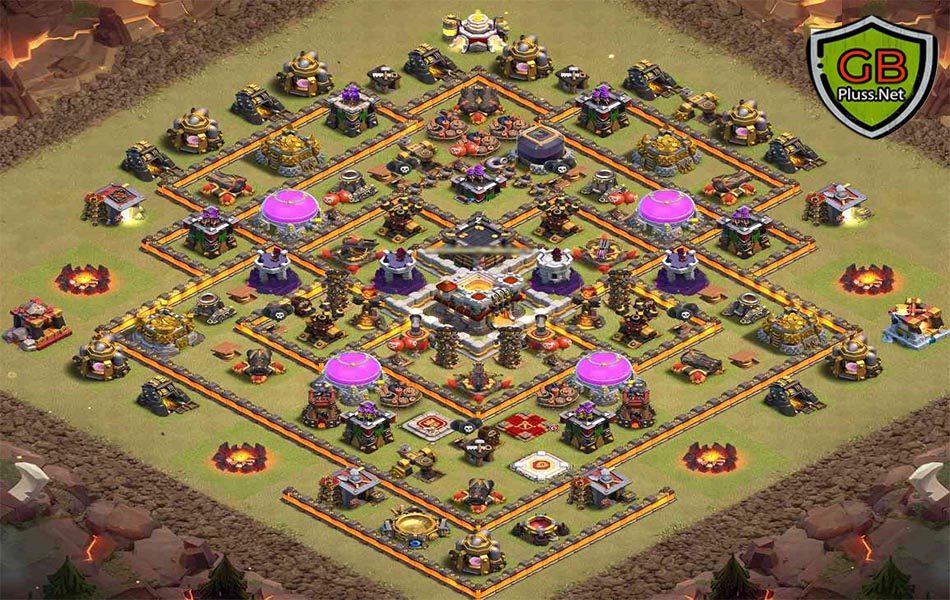 This is my favorite war base for th11 this season since bowlers are so strong. You can see that the outside part of the base is well protected by 3 double giant bombs and 2 air sweepers (one more inside the core).

The inferno towers are placed in a way to protect the xbows, while it is easy to place the wizard tower on the side of an incoming attack. The single giant bomb on each side will prevent hound pathing, while also giving you more time for your heroes to deal some damage. 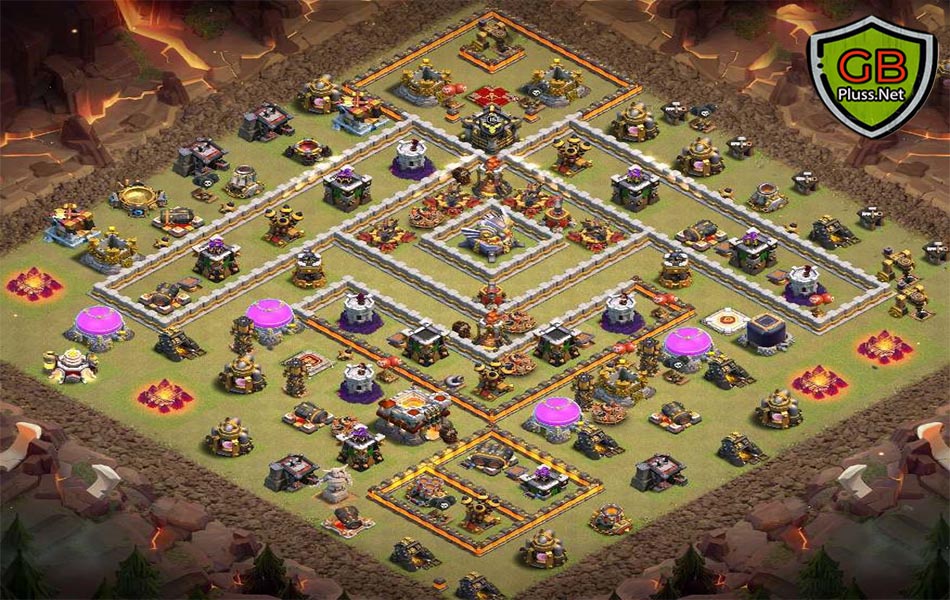