Folks, I’ve been working on th12 war base for a while now and decided to just put them out. Before we get into the base builds let me tell you my design philosophy behind base building that has evolved overtime since I started playing this wonderful game.

Offense is at its best when it takes advantage of offensive weaknesses/holes in a defense that can be exploited by a large group of players to its fullest. While taking into account my own limitations with each town hall level I have been improving upon building offensive designs. 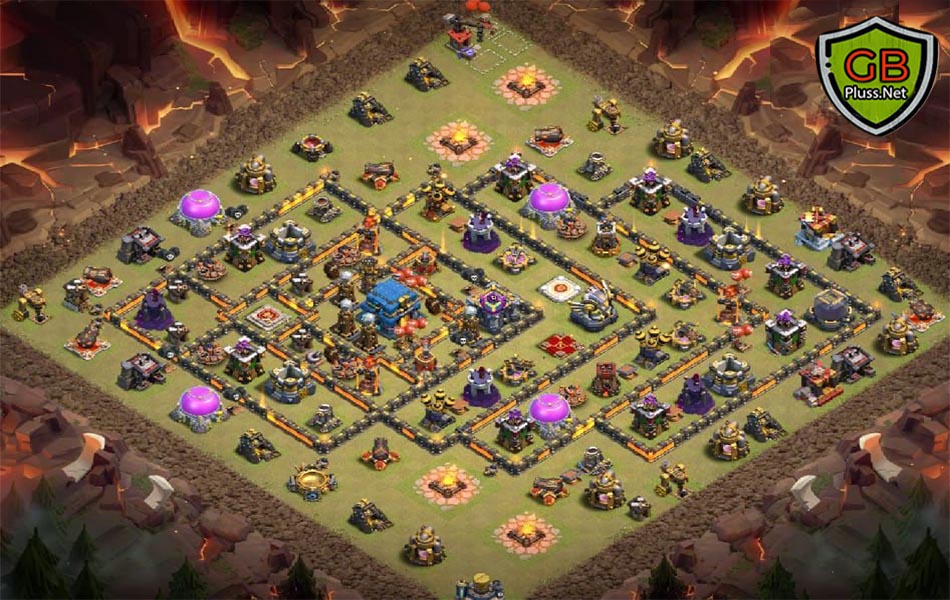 While most th12 war base designs in CoC make use of the core to give attackers a choke point base inside the walls, I have often found that any good th12/th13 player who is aware of the game strategy can break into these kinds of bases. The reason being that while attacking you are controlling your troops within the range of defenses so even if there are no storages or xbows on the map it is possible to funnel troops (barbs and archers) close enough such that defenses cannot target them. 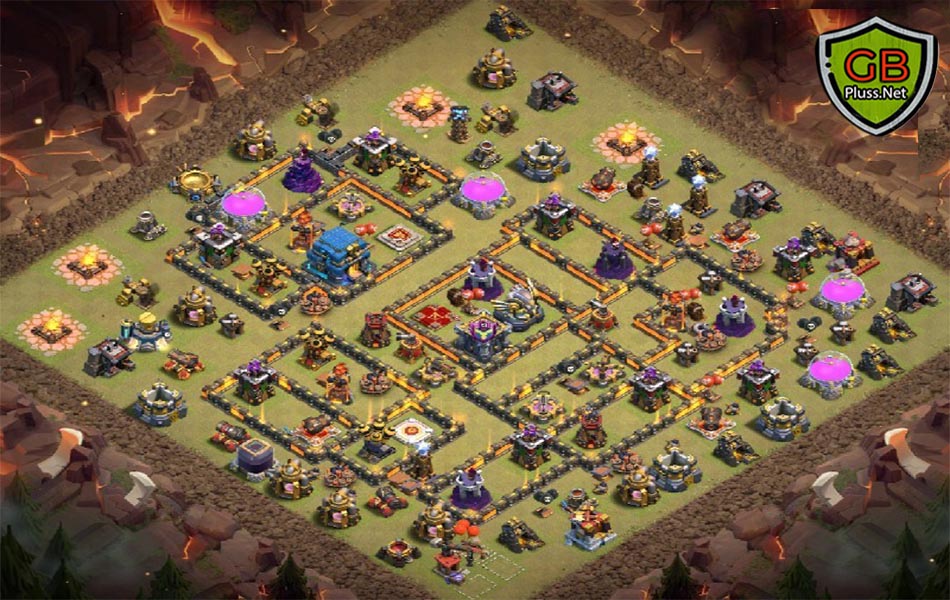 Clash of Clans TH12 War Base

To counter this, I have been making use of wall intersections which makes building a funneling route next to impossible as your units would be on opposite sides of the wall and result in very few unit casualties. This has however meant that the th12 war base becomes very tight and limits housing space, but that can be overcome by cleverly placing resources. 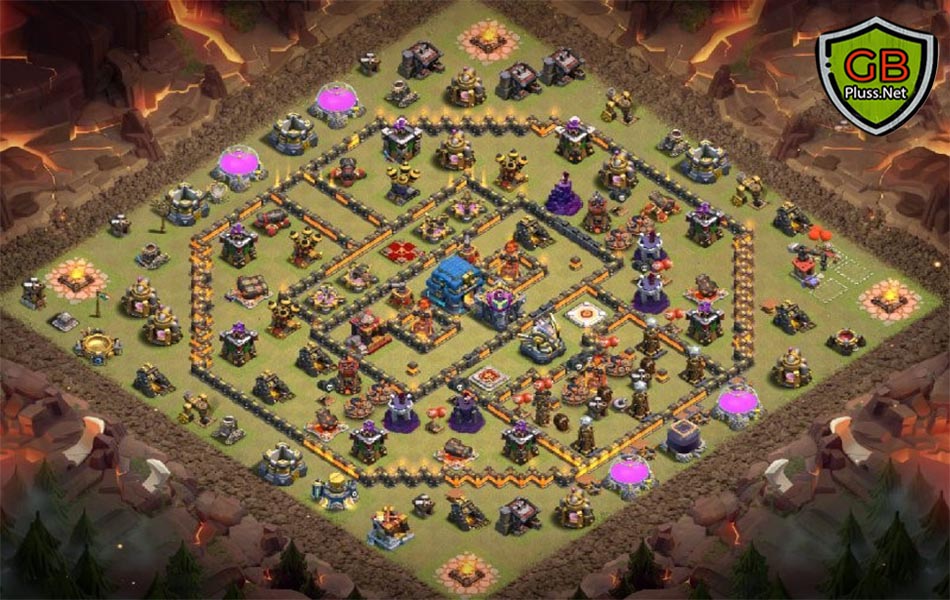 While making use of wall intersections I decided to start incorporating traps into my designs. The idea is simple: if you force units to go through a narrow opening (especially if it has traps) then you will get lots of unit casualties. If you are able to funnel units through narrow corridors then I have found that there are 2 possible outcomes which can be used for base defense. 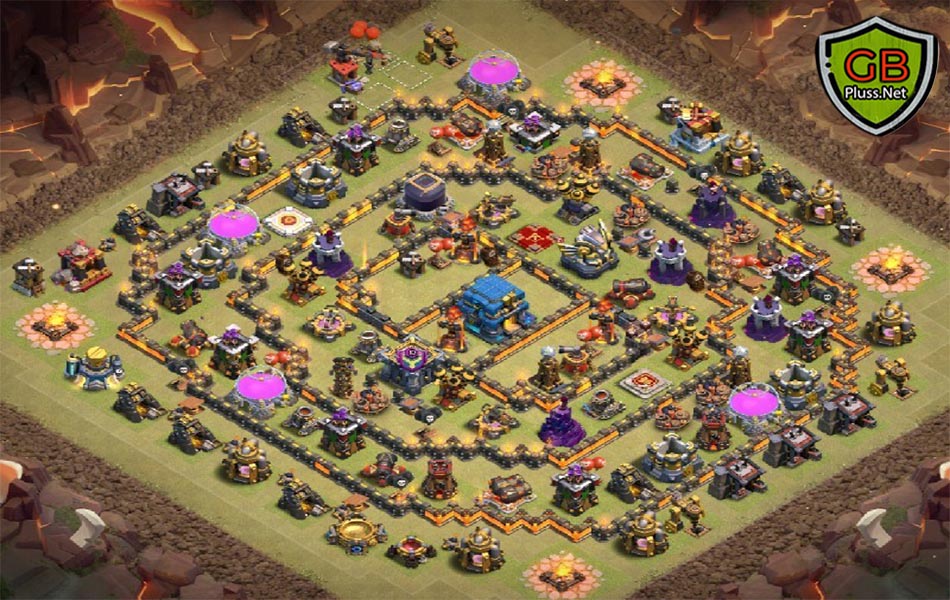 The first being the stop troops in front of the traps where they will take lots of damage but will not break into the base. The second is to have troops wait behind the traps and to allow other troops through first so as to avoid triggering the trap. 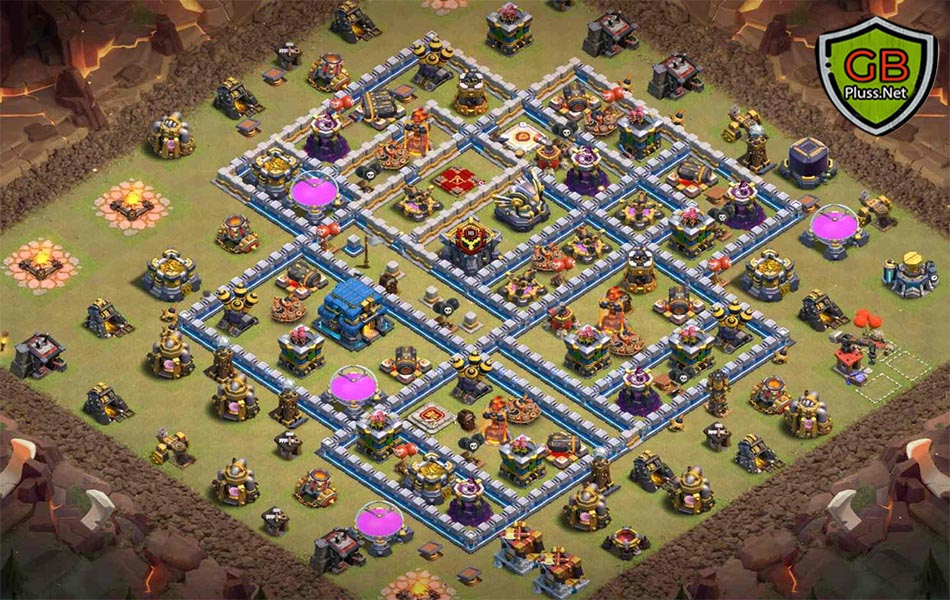 This is where base designs come in: because your funneling routes are limited due to wall intersections and tight layouts, how do you prevent units from waiting behind the bottleneck? The answer was pretty simple: place a funneling structure (like an air defense or barbarian king) where there are no defenses to trigger the trap. 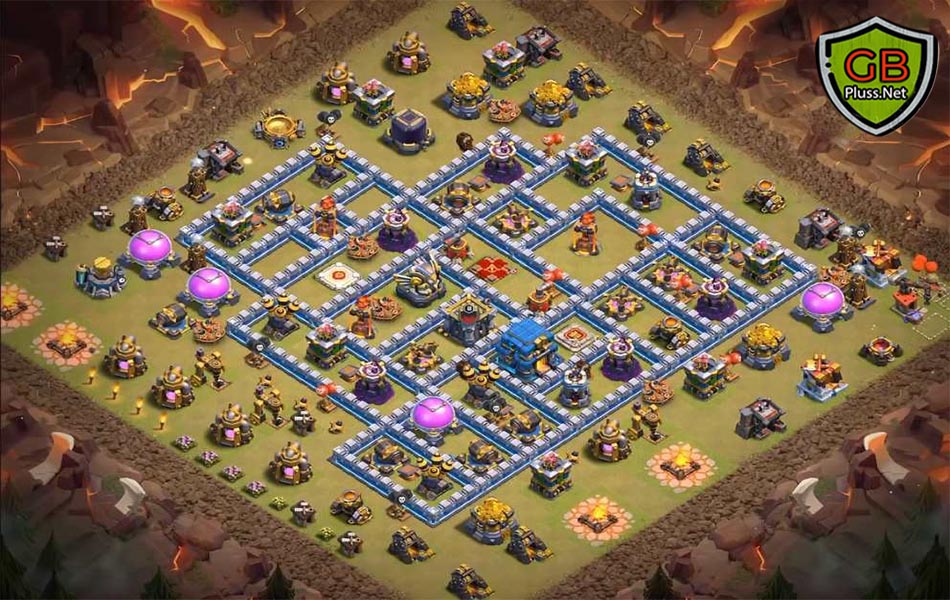 To prevent this, I have been placing xbows in the corners behind wall intersections so that they can cover most of the funneling routes. This has actually worked quite well because clever clasher’s will go for the kill on whatever structure you place rather than risk damage by triggering the traps. 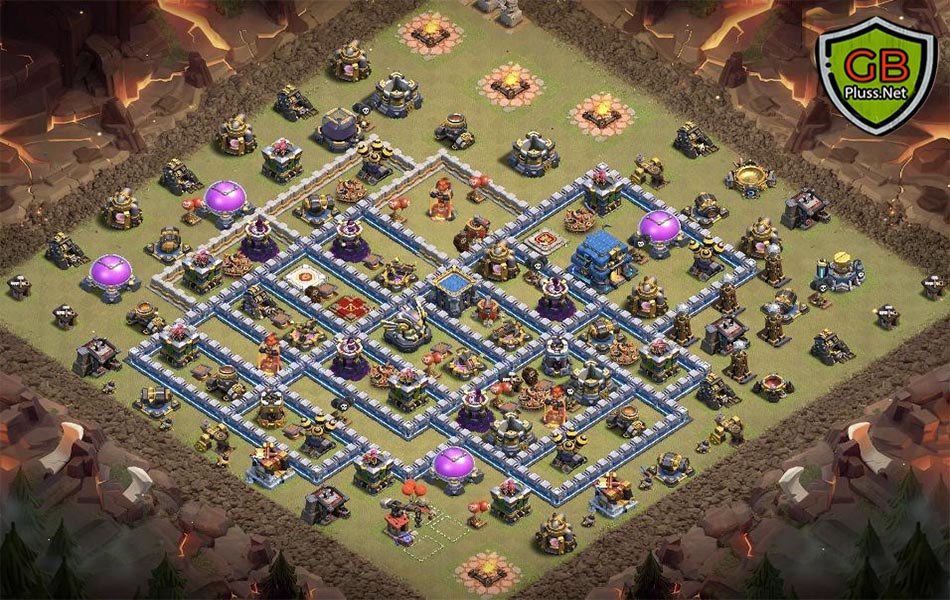 Over time I have realized that not all traps need to be used in the above 2 methods so I decided to start incorporating more of them across the map design, especially where there are no defenses. Yes this will result in lots of damage done if troops were to walk over these areas but it is usually followed up with lots of unit casualties as troops attempt to cross. 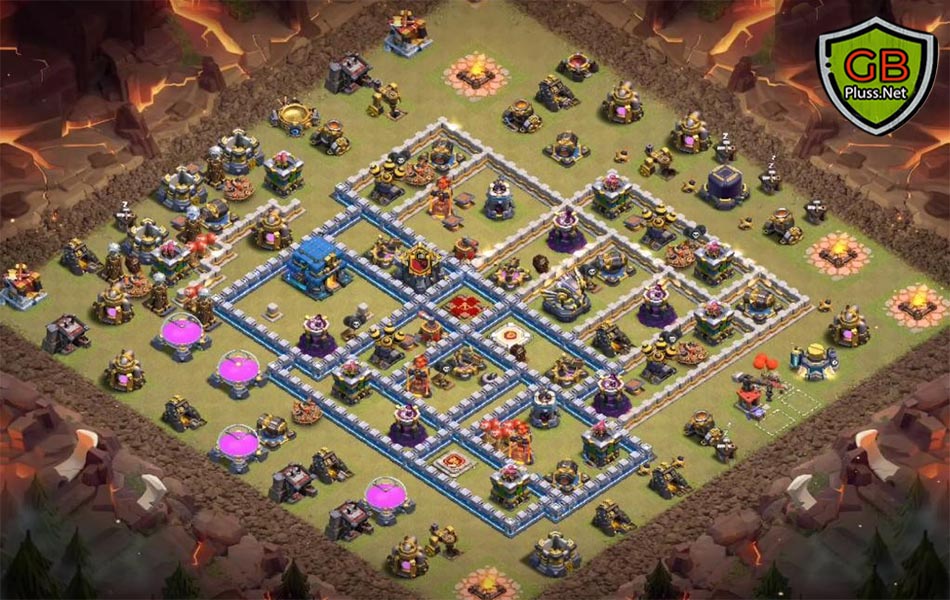 My favorite right now is a combination of a dark elixir storage and a large hidden tesla farm that covers the whole map. I have found that because you need high level armies to take out Teslas even though they are placed outside walls this method works very well in protecting a base. 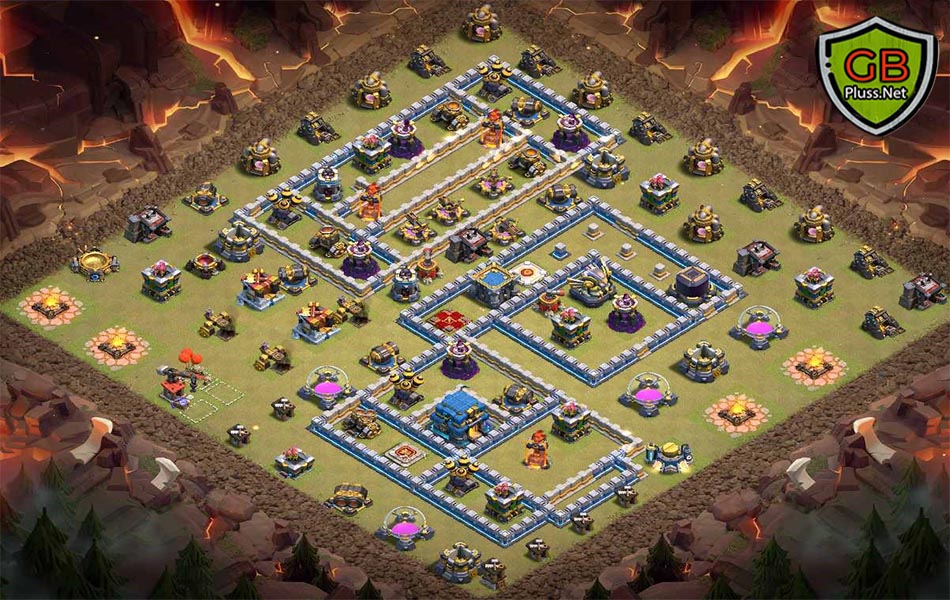 The final area I have been working on are the corridors used to connect your base with all your defenses to the outside world, especially where you place resources so that they are not exposed to enemy defenses. This has led me to come up with some very creative designs which I will be sharing in future posts.

I hope this gives you some ideas on how to design your base in CoC bases, please feel free to share your ideas in the comment section.

Thank you for reading! 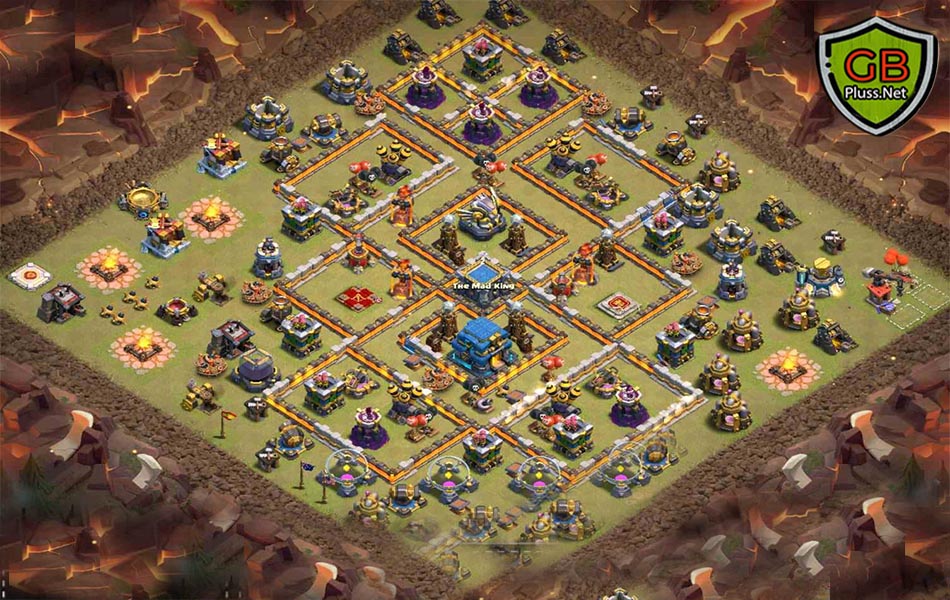